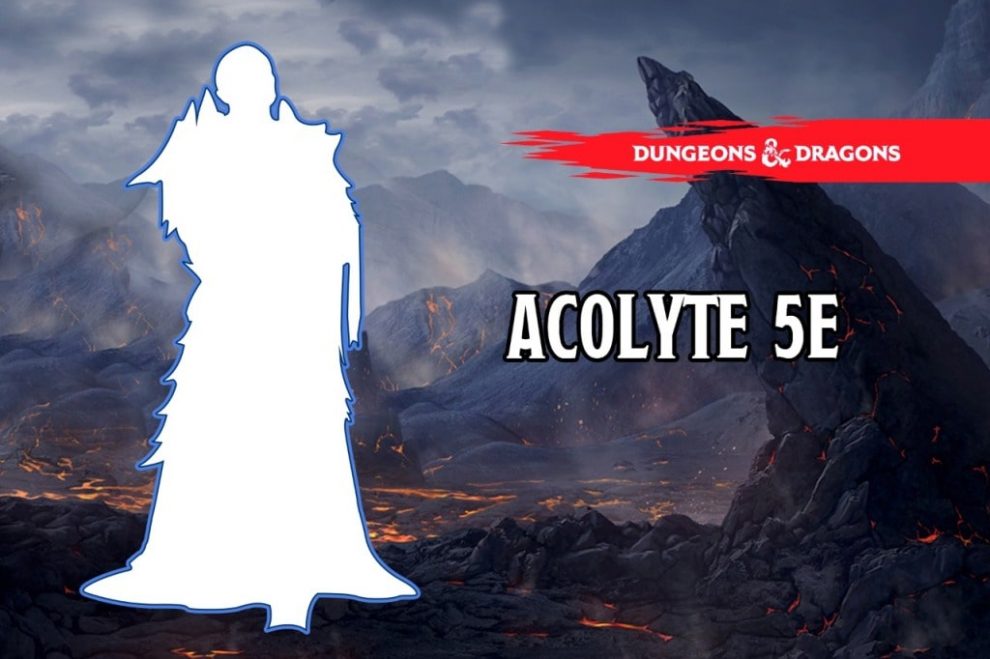 Being a part of the DnD 5e backgrounds list, the article below gives you a brief about the Acolyte 5E and its personality traits based on different classes to choose your desired character. The acolyte background 5E will also let you know about its ideal, bond, and flaws. Read the article more to learn more about the background of the classes.

What is 5E Acolyte?

The 5E Acolytes are the subordinate members of the clergy who are answerable to the priests. They perform religious functions in the temples and spend their lives in it’s devotion. They are the mediators between the holy power of God and worshipers who offer sacrifices to conduct religious rites in the temple.

It might seem that they inherited these divine powers, but sorry to disappoint you, that’s not the case. However,D&D Inheritor is the one where the aspect of inheritance plays a major role.

Also, they have certain spellcasting powers, which their holy deities provide them. Moreover, the d&d acolytes also have the ability to channels the divine powers to their worshipers. The Acolyte background 5E gives your class a history to define your character in a better way.

This background gives you an option to choose either a temple or a God to progress in the game. There are three conditions for 5E acolytes to be in and they are:

In 5E Acolyte background, you get a feature called, “Shelter of the Faithful”, where you provide shelter to your religious supporters. You provide care and shelter to only those who share their faith; in return, you let them stay at the temple. Also, you must supply your supporters with components that are required for spells, provided your companions only endorse you.

You cater to your allies with free healing. Also, you may have ties with a specific shrine, where you have a residence for yourself. Moreover, you can serve at the temple, ask the priest for assistance. However, your work must be for other’s help and not for harming anyone. These conditions are only possible if you are at good terms with the temple.

A common mistake most of the players make is perceive this and the DnD Hermit backdrop interchangeably, but they both have distinct features and traits.

The d&d 5E acolytes gain experience while performing sacred rites in the temple or any other religious community. Their relationships with the shrines, knowledge about the history, and their supporters affect ideals and mannerisms. They also have flaws that might exist in the form of heretic background, hidden hypocrisy, an ideal, etc. that goes to an extreme way.

The following table will suggest the personality traits of acolyte dnd:

Furthermore, you can’t miss out on all the updates on Gameizmo.com

The d&d acolytes are also famous as the priest background 5E. The medium humanoid-like any other race or alignments that include armour class hit points, skills, senses, speed, etc. They are as follows:

A Barbarian acolyte might seem bizarre, but you will notice it is not. Even the Barbarian class has a spiritual side, like in the subclass called the “Path of the Totem Warrior.” The acolytes related to this class aren’t consigned to a temple as they can be a troop’s priest. Also, this will add spiritual value to the class’ character than just being a human shield in the war. Moreover, a Barbarian Acolyte will perform rituals for their dead or ill allies in the battle. They can also communicate with their ancestors for better performance and health.

Further, you can make your Acolyte’s background more related to Barbarian by adding features mentioned below:

A Bard acolyte might bring back the roots of the Celtic mythology, where they weren’t only responsible for their knowledge but also their traditional rituals. As music is a massive part of this class, it won’t be surprising for them to sing and write praises for their deities.

Your characters are divinely curious to gain knowledge of their God. Therefore, they might have some doubts which led them to a  pilgrimage to get clarity. They become the evangelic pilgrims to know about God’s power.

The following pointers will make your Acolyte resemble more to Bards, and they are:

The clerics are an obvious choice for your acolytes. They’ve grown in a religious community and will help in explaining the rituals and the  texts that need to be performed with required skills.

A cleric acolyte may or may not have a provincial mindset, even though they grew up outside the larger society. Their lifestyle brings out questions, which only they can answer. Also, the following pointers may help you, and they are:

A druid acolyte is similar to clerics, but instead of formal regulation, they are trained by archdruids.  Also, they live far from the civilization with the other prophets. The druid acolytes may also include the aspect of outlanders, but the druidic culture has become a part of your character’s lives.

The following pointers will help you create your Acolyte in druidic style, and they are:

A fighter acolyte is usually a paladin but without divine powers. It resembles a lot to Barbarian acolyte as it gives layers to your character and tells you about their lives off the warzone. There’s a possibility that they may have found their comfort as a Guardian in a temple but also perhaps they left the shrine and joined the military force.

They may also consider war as a service to their God to see their mastery of arms as a special kind of devotion.

The paladin acolyte is another better choice for this background because they gain strength only from their faith. The paladins were thrown out from the temple at a very young age since then they found comfort in their faith. This character is very passionate to eradicate darkness from the world, which might be a reason them being thrown out of the shrine or evil might have compelled to live there seclude life.

The following traits would tell you more about the paladin acolyte, and they are:

Ranger acolyte is similar to the ones of Barbarian and druid as their primary role is to protect the sacred and religious grove, or they might have one order to eradicate the enemies of the faith. The following pointers will tell you more about the personality traits of the Ranger acolyte, and they are:

Warlock acolyte is more jealous of their peers as they think that they would surpass all the rituals and other religious activities to get to the point. This character is usually chosen by a Deva to test whether they get tempted by their desires, and if they do, they have to abandon their faith. The following pointers will tell you more about the Warlock acolytes, and they are:

These were some of the acolyte background 5E personality traits and their association with classes. If you like us for the 5E Acolyte then visit us for more related information.

The monk acolytes are not suitable for this background as these characters were sent to a final pilgrimage before making them join the priesthood or they might have gone far away before the ceremony.

The rogue acolytes are the ones for whom it is difficult to jot down the skills. Still, you can either make them a character who is a devote of a shadowy God or play them as a player who was never fit for religious life and leaving it was the best thing they could ever do.

A sorcerer acolyte resembles a cleric as even these characters find out about their magical heritage and are desperate to perform the divine magic, which interrupted their life goals. They leave the monastery to find their place in the world outside.

The wizard acolyte would work if it would take up the subject of study as divine and not arcane. 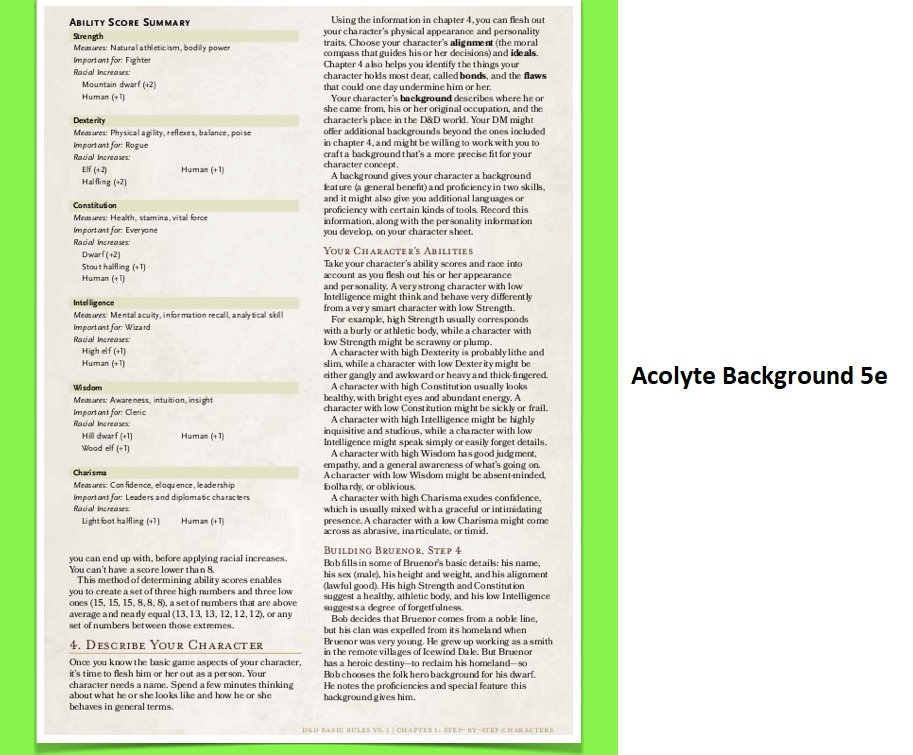