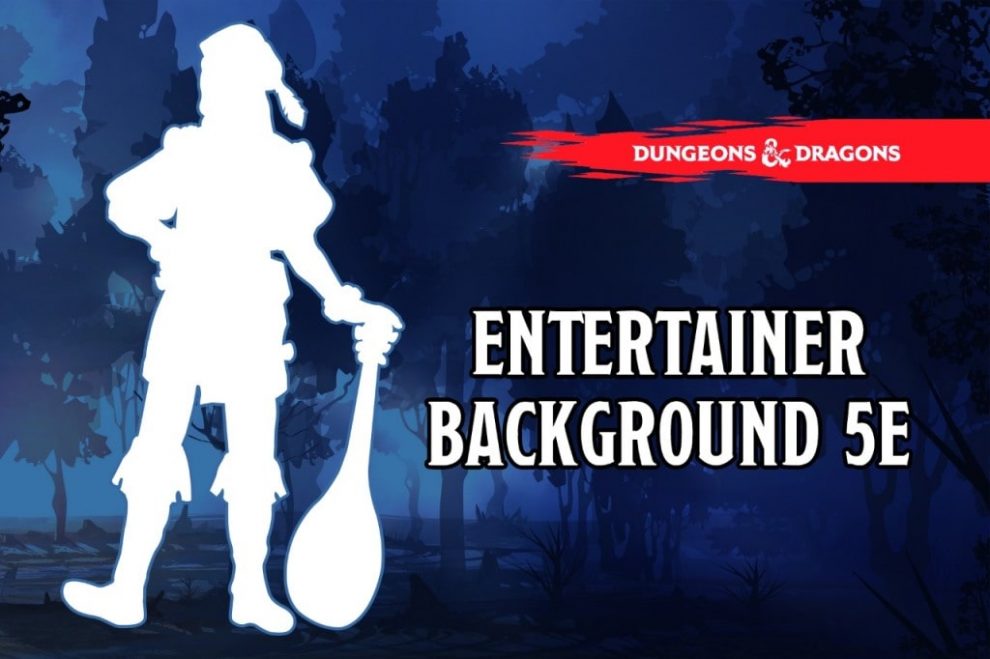 The entertainer background 5e should be one of the backstories you should consider while contemplating the final choice. Entertainer 5e is fun, whimsical and exciting for one and all. The name of the backdrop says it all, so let’s move forward with the particulars.

About the Entertainer background 5e

You’ve been in the show business for as long as you can remember. Being in front of an audience, entertaining them and leaving them mesmerized by your performance is something you live for. Your poetry has the power to evoke emotions of joy and grief in the audience, your music soothes them, your dance leaves them in awe, and your humour gives them fits of laughter.
Being an entertainer is all you know and wish to do as this is your art and lifestyle in the D&D entertainer story.

The DnD character background of Barbarians could have been given the responsibility of retaining their tribe’s cultural authenticity through their songs and fables, and they could even inculcate some of the values themselves by looking up to an ancestor. Entering the civilization would be a new experience for you, and you might miss your roots.

You can recite poems in the tavern and earn gold and a place to stay. You have the liberty to make your character a metal rocker, part of a punk band or yodelers. The gladiator variant revolves around the journey of your character to the fighting arena.

Bards are born to be artists, and this background perfectly suits them. They are the master of ballads and songs. You might have sought this adventure because of an admirer who reminded you of your good old days or to prove your love. It might also be to collect more epics and stories to turn into songs.

A gladiator and a bard seem like a strange combination, but it isn’t. You can earn prestige and honour by using your skills as an artist as well as your martial art skills. But focus on why and how they acquired these traits.

Those who believe that clerics can’t be entertainers they have another thing coming for them. Clerics aren’t brooding or serious at all times; they can also mesmerize the audience with their personality and preach at the same time. Music could be a part of their worship, and their art could represent the goodness of God. As a gladiator, you’d worship the martial gods and your way of proving your faith would be through winning battles.

Druids are shape-shifters which given them an upper hand when it comes to entertaining the people. You can also incorporate some aspects of the bard and cleric to spice things up. In the gladiator feature, emphasize your connection with nature and how it adds to your combat skills. You’d have to work hard to make your character interesting.

A gladiator and a fighter are like a match made in heaven. You can be a street brawler or an honour-bound fighter, anything you wish. You might not be of noble birth, but you live life king size. The bonus social skills also come in handy.

An artistic path could land you in excellent parties, and you can use your charms on the guards by bribing them with a well-placed word or a blade. Deliberate as to from where they gained these skills so that the story has more depth and eases the job of the DM to bring exciting twists.

Monks in Japan and other such countries have martial art skills as an added benefit, which makes them a master of both art forms. Their discipline from combat skills can be applied in their artistic lifestyle also, leading to more money. They could also be a part of the circus, which taught them class skills. But monks had a sheltered life in the monastery, and they aren’t aware of the ways of the world.

Paladins have a charming persona giving them an edge over the other people. Their artistic skills, combined with their personality, can influence the spectators, especially on a public platform. Their music might be seen as a link to the natural world, or an elf paladin might discover that their wish to express beauty in everything is possible through this path. A dwarf paladin, on the other hand, could motivate fellow warriors by composing battle hymns.

This backdrop could go in two directions. Your belief in god and religion would either become stronger, or else you might write improper sonnets about gods. Music, drama and poetry are an ingrained part of any ritual or culture, so it’d bode well with your backdrop.

Rangers might not be interested in the art of entertainment as a career choice, but use it as a cover to continue their bounty hunting instead. Your social skills might earn you gold from your bounties by negotiating a deal or access to restricted areas. They have a way of sneaking in anywhere, unnoticed and also fit in with the circus crew. They can use animals to make their act more exciting.

Rogues attain a false identity 5e in a way and can be performers like the bards, but beneath the façade, they steal gold from people’s pockets while they are enjoying the show. If you plan to steer clear of the criminal backstory, it’s possible. You could properly enjoy life. Their motive to travel around could be a search for romance or other desires.

Sorcerers fit the category of a magician by leaving their spectators spellbound. It might be that you turned to this profession after your powers were attained. You’d gain a lot of experience in the circus with other sorcerers and learn to control your powers. Also, your connections in the story are essential but focus on whether they are a part of your party or non-player personae.

The gladiator variation offers you extra powers, but your aim should be to answer questions such as how did you enter this career, do you enjoy it and what is it that encourages you.

The pact responsible for giving you your powers could be the one that introduced you to your patron. It might be that you were held hostage by your enemies and in return for your freedom, made a pact with you. Every warlock is different based on the choices they make to gain power. Their greed for attaining power like the wind leads them to rely on their patron. Think about the logic behind you choosing this power.

Wizards can be a mix of a bard by retaining their skills of singing ballads but also hold onto the wizardry. Since wizards aren’t endowed by charisma naturally, they’d have to use other elements to captivate the audience. They could be magicians or illusionists who entertain the people by creating illusions. The central question is how they gained these skills. 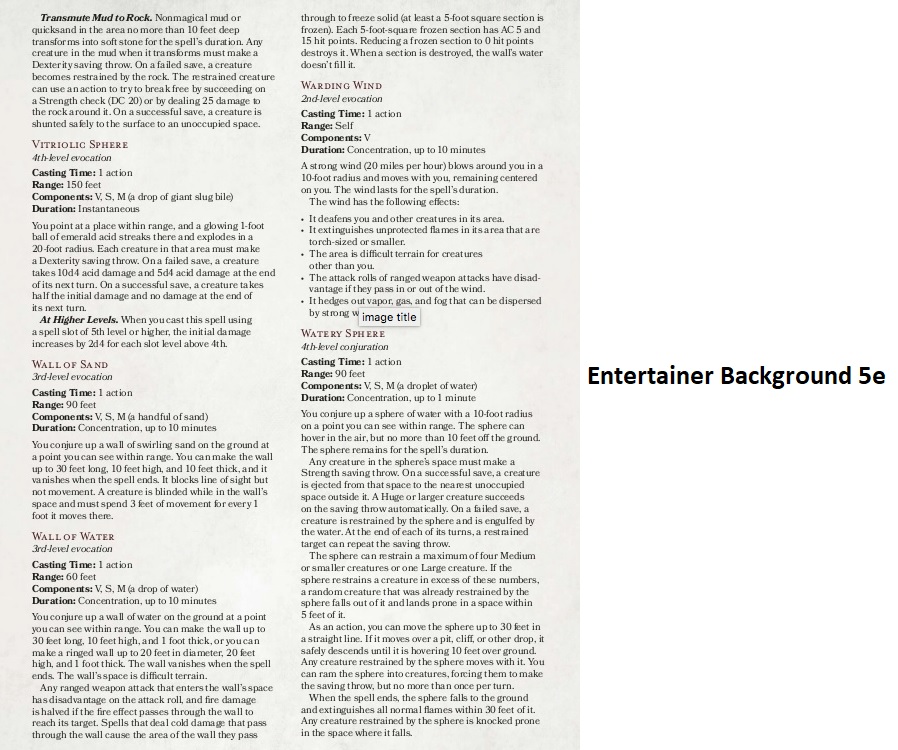 The entertainer background 5e is everything you expect it to be and more. It takes a fun twist in every storyline making each one of them an exciting option to consider. So here is all you must know about entertainer 5e. Look forward to more such entertainer DnD backgrounds.

Also, if you’re thinking that this is the only BG with an artistic aspect, you’re in for a surprise. The DnD Guild Artisan is also a fun and creative backdrop. It’s beneficial to know more about latest features and games on Gameizmo as well, so go for it.