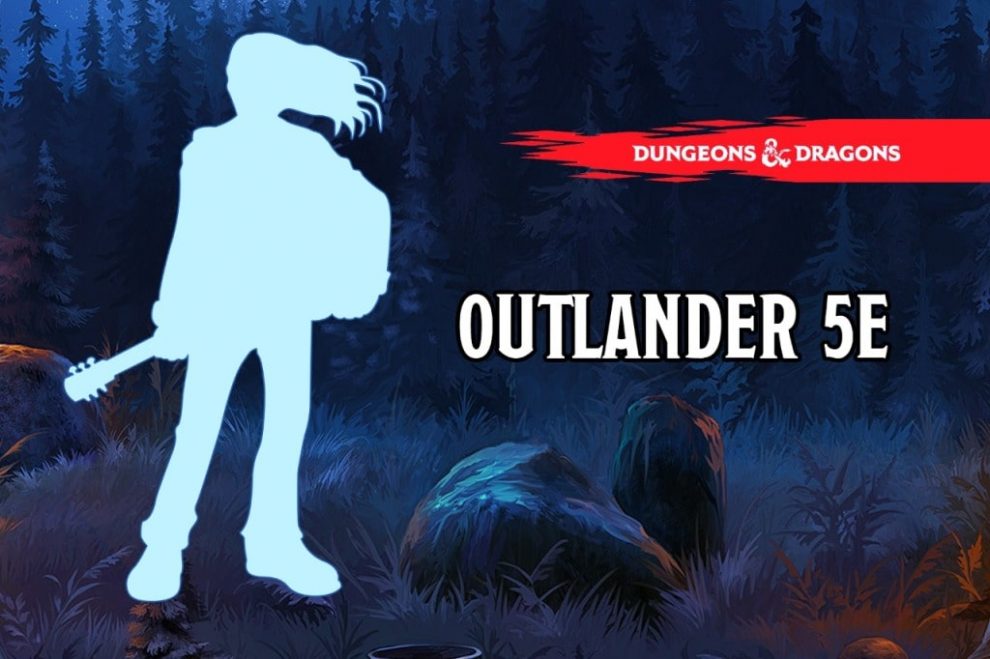 Being a part of the wilderness, you’ve grown accustomed to a life without humans and technology. In outlander background 5e you enjoy your solitude and understand the ways of the wild like no one else. The outlander 5e provides you with numerous features and variations as well.

Origin – You can choose any of the following occupations given in the list below.

Wanderer – They can memorize maps and directions giving you an upper hand in every terrain and landscape, but it’s not like they’d have a GPS in their head. It might not apply to radically changing terrains such as the Underdark and extraplanar locations based on the measure to which they’ve changed. It’s also possible that it applies only to the wild and not the rest of the world. You can also get food and water for you and five other people if the place offers them to you.

You’d come across various other back stories whose core would be exploration such as Sailor Personality Traits, so make a well planned decision.

A barbarian and an outlander are like the perfect match if you’re looking for something like being a tribal warrior. But there would be hundreds out there choosing the same. You need an out of the world backdrop to stand out. You could also choose to be a bandit or robber who flourishes on the raids that happen in society. But discuss all the questions of what, why and how with your DM.

A bard might venture into the woods for inspiration for their next song, or they might be exiled for making fun of the king. But they are a treasure of tales, so make sure to incorporate some exciting stories during cc. You can’t go wrong with a bard outlander as everyone loves them.

A priest or nun with this backdrop might be preaching to the villages, working for the wild gods or returned from a distant religious place. Think about your faith’s link with your time in the wild and many more such questions.

The foremost thing you need to work on while creating this character is their backdrop involving why they went to the wild or why they returned. It’s central to the character-building process, so make it exciting and relatable.

A fighter turned outlander you might end up robbing or smuggling people to make a living. Or your weapon skills could make you a guide or a hunter. This is how fleeing soldiers survived throughout history. There are innumerable options out there for you to choose from. Keep some answers ready regarding your martial skills.

A monk is somewhat similar to a hermit background 5e, but their way of living is different. They might have travelled around the world, propagating their teachings. Create some defining moments that shape why the character is the way they are.

A paladin might have ventured into the woods to escape from the lurking evil and became a bandit, trapper or wilder to survive. The primary question is why they became a knight?

Rangers are nature’s babies, so outlander is the perfect match for them. But there are a few fundamental scenes you must develop regarding your martial skills, survival expertise etc. Everyone needs a reason behind an adventure, what’s the logic behind your character’s decision.

A rogue might be going around, robbing things from rich people and being a marauder. You might have these skills to survive in the wild or for your quest, so focus on your reason to be an outlander and the purpose of your adventure.

When you hear the word sorcerer, the first thing that comes to mind is magic. They might be sent to the wild to control their powers or because people feel nervous around such magical beings.Neither you nor your character in Haunted background is afraid of using magic. Include some survival skills, decide why you returned, and you’re ready to go.

The backdrops of a warlock and sorcerer can mingle at times. It might be that you retreated to the wilds or returned to look for your patron or came across them while in the wilderness. Your decision to be away from civilization, and your pact with the patron could be linked. Figure out all these nitty-gritty specifics as you move along.

A wizard might choose to live in the wilds to search for a peaceful place to conduct experiments. A necromancer might be annoyed with the people around him or an evoker who needs space to cause explosions would resort to this option.

The Outlander background 5e would be an excellent choice for your character as it brings a variety to the table, which you can’t get enough of. So check out Outlander 5e for yourself. Check out Gameizmo to learn more regarding these games. 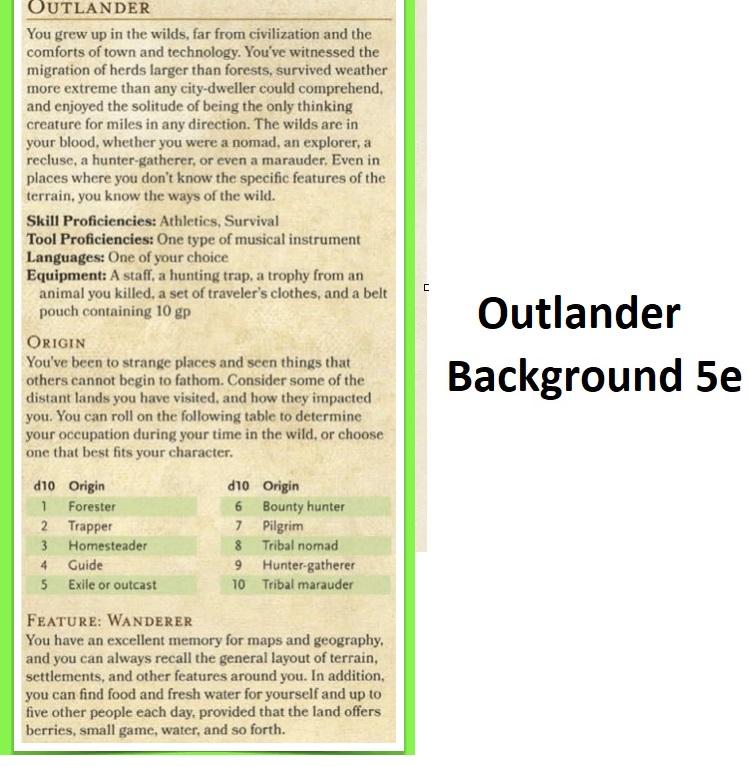