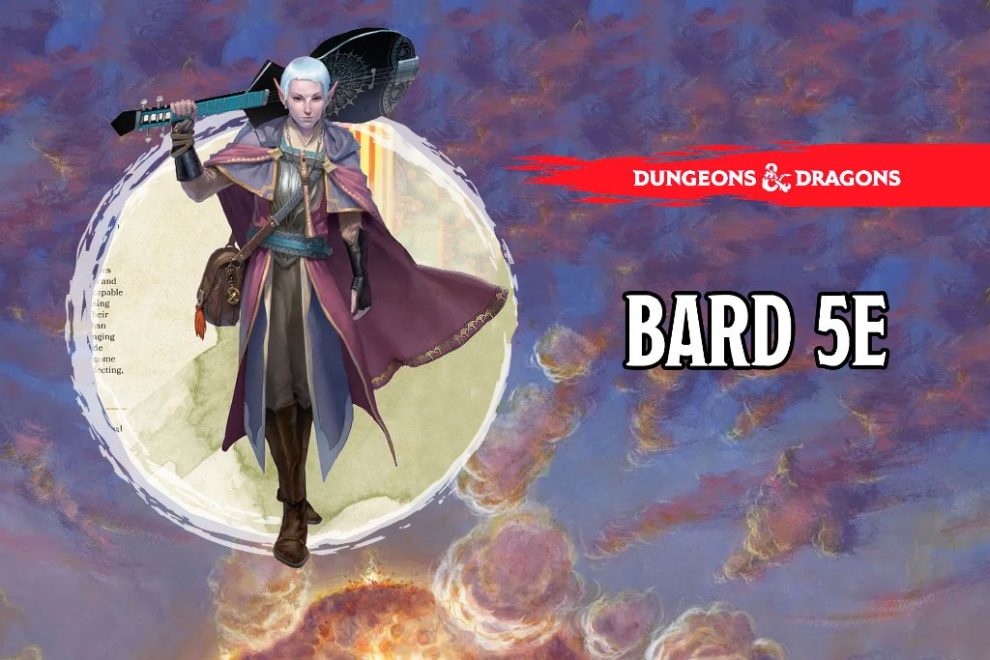 Very few Dungeons and Dragons classes are as versatile as the Bard 5e. Since they’ve got access to a vast range of skills and expertise, they can take on nearly every role in your party.

How? Well, they infuse magic into their music and words, using their sharpened wits to outwit their foes.

But what are the core class features of Bards? What kinds of spells can they cast? Are there any Bard colleges 5e? Also, which races would be the best for these characters?

In answer to all of these questions and more, we’ve prepared this 5e Bard guide for you to check out whenever you need it. Read on!

Your music can get powerful enough to be able to change the very fabric of reality. Therefore, the best Bard spells 5e include Healing Word, Sleep, Detect Magic, and Heroism.

No matter which of the Bard archetypes 5e your character belongs to, their skills, feats, and abilities all remain the same.

Choose any of the races listed below for incredible 5e Bard optimization:-

We’ve listed each best Bard background 5e below, so that you find it simpler to choose one for your Bards.

Starting Gold Based on Backgrounds

Your Bard’s starting gold can also depend on the background you pick for them. Therefore, we’ve listed the Starting Gold Points (gp) below that correspond to each background for the Bard 5e.