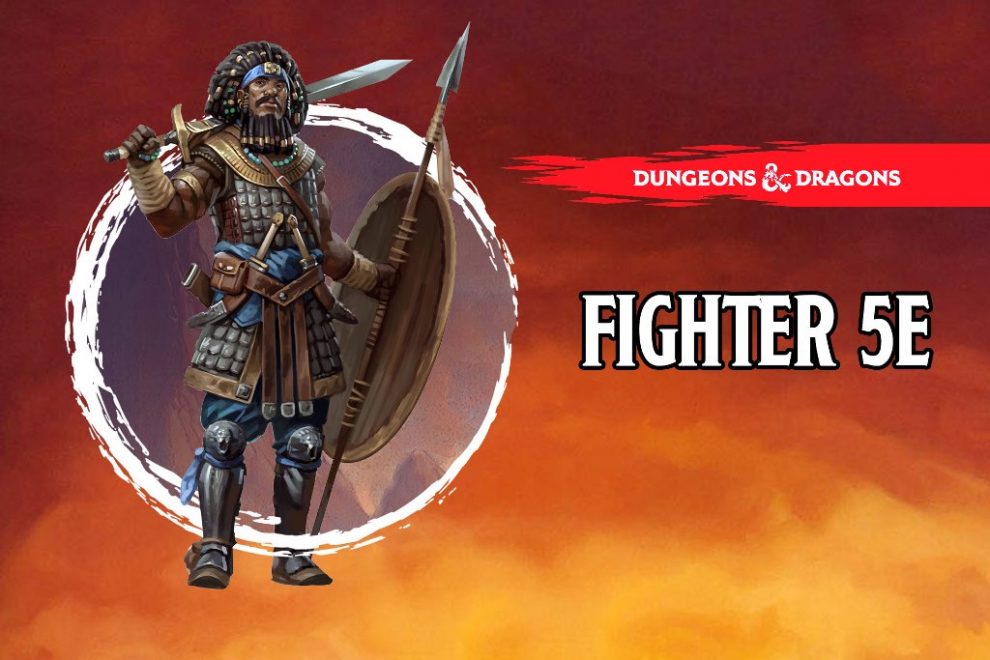 Despite having limited skills and tool proficiencies, very few class characters can excel in combat like the Fighter 5e can, since their armor and durability allow them to provide massive damage output.

A d&d Fighter can serve as both a Striker as well as a Defender, with their subclasses filling a variety of other roles. For example, an Eldritch Knight would make a good Librarian, while Purple Dragon Knights are ideal for a Face. Although, another class which is as durable as the fighter is the DnD paladin fifth edition.

But what 5e fighting styles do Fighters possess? What are their core class features? Which backgrounds and races would be the best for your character?

Therefore, in answer to all these questions and more, we’ve prepared a dnd Fighter guide to help you play the game your way!

Here’s your 5e Fighter guide to the best feats, skills, and abilities for your game character!

Go through this Fighter handbook 5e to understand what might be the best background for your character:-

If you want the best Fighter build 5e for your character, pick one of the following races:-

Not many players can understand which weapons to go with. But we’re hoping that this Fighter dnd 5e guide can help you choose!

This table lays out the class features and the proficiency bonus of Fighters at each level.