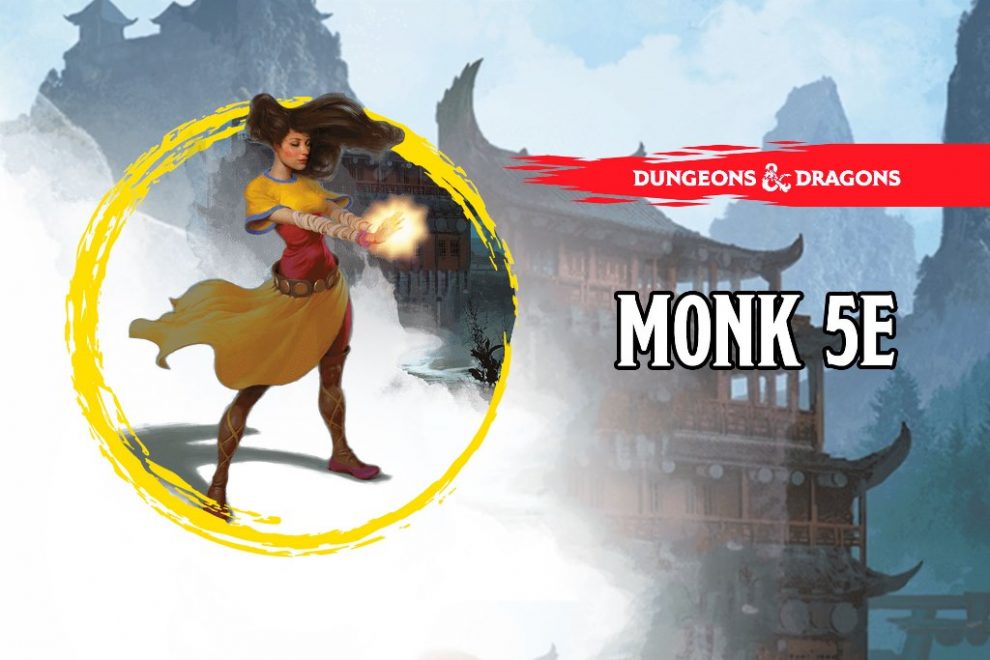 Playing a Monk 5E in Dungeons and Dragons is no easy task, as the most crucial ability that they have is Dexterity.

As a result, they’re agile enough to give and avoid a couple of blows. But this might also spell doom for them when too much punching is involved.

While creating a Monk character, you should keep in mind their class features. For instance, which races are best suited for being Monks? What skills and abilities do these characters have? What weapons do they wield? What are the monk subclasses 5e?

Monks and DnD cleric fifth edition, both are religious services, but how do you distinguish them? That’s why we’ve compiled a 5e monk guide to make this game easier for you. Here, you’ll learn all that you need to know about this class. Check it out!

DND classes like clerics have features unique to their respective categories. So have the Monks!

Although some of their features are useful, while others aren’t. Find out which features you’ll need at what time in the game:-

This feature gets enabled when you reach the 5th Monk level. Accordingly, spend a ki point to select the stunning strike 5e option after hitting your enemy with a melee attack.

However, the best part’s that there aren’t any restrictions on the number of times you can choose to hit your opponents with a 5e stunning strike.

While facing a ranged weapon attack, catch or deflect the missile using the deflect missiles 5e option. You can start choosing it from the 3rd Monk level. Since doing so reduces the damage from the attack by 1d10 as well as your Monk level.

In case the damage is reduced to 0, and the missile is small enough to fit in your hand, you can catch it. Then, make a ranged weapon attack with this missile by spending one ki point.

The missile, with 60 feet long-range and a 20-feet normal range, then becomes the Monk’s weapon during this attack.