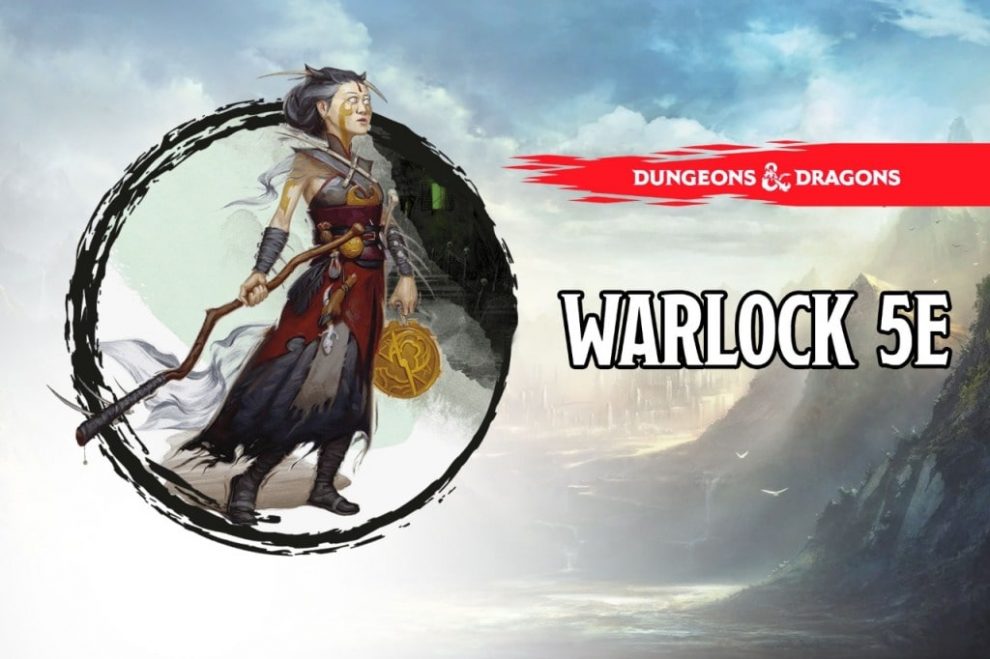 Dungeons & Dragons is a game that lets you do things that you cannot do in real life. Moreover, this game is something that involves adventures through the tall mountains, making pacts, fighting bugbears, and so much more. Also, in this particular game, the Warlocks are among the most versatile beings or classes. So, in this particular blog, we will discuss more the Warlock 5E or the 5th Generation DnD Warlocks.

In essence, the 5E Warlock class is perfect for the players that require boosting the overall combat skills by making use of magic or focusing their skills by being a spellcaster. However, there are several things that you need to understand before transforming into a warlock in the game. Let us know more about this class before you make a decision.

Following equipment are given to a warlock at the start of the game:

This feature makes a warlock a WARLOCK. At the start of the game, you get to make a deal with an otherwordly being, giving you additional features as detailed later in this blog.

As the name suggests, this feature increases any one ability score by 2 points, or you can increase two ability scores by one end. You can only use it five times per game: once at the 4th level, 8th level, 12th level, 16th level, and 19th level.

A gift from your patron. Using this, you can cast a high-level spell without wasting any spell slot.

The last feature for warlock class. This grants you the ability to revive all your used spell slots with the help of your patron.

The Warlocks functions on Charisma unless your character is not opting for “Hexblade” instead of taking up “Pact of the Blade.” More abilities that this class inhibits as follows:

The following pointers contain the warlock’s skills, and they are:

Before moving ahead, you must know that only Blade Pact warlocks require weapons, which means only Hexblades can use them. Although your weaponry choice doesn’t matter much, as Pact of the Blade gives you chances to change your armors unless you have a magically bound weapon. In that case, you can choose any weapon according to the situation.

Hexblades, on the other hand, are proficient with shields, and with its low hit dice, it is a better option any day. The whip is also a better option as it is one-handed, and you don’t have to be at your enemies’ reach to attack with it. Moreover, you can hold the shield in your other hand.

Meanwhile the following pointers contain certain specific feats, which are crucial and essential for you to know. They are:

With the DND beyond warlock, the prime objective should be to stay up and running while keeping alive the party members as well. Also, depending on the patron you have selected, it might be bad or good for you. If you have decided to get yourself a stronger ally, you need to offer protection as well. Similarly, this rule applies to paladin guide 5e wherein your patron would be the deciding factor of your future journey.

Now, there are several ways to do the same:

The 2nd objective in the Dungeons and Dragons game is to actually kick ass & be in the combat mode. Here is how it can be done.

To provide direct damage, you can opt for a popular combination for the warlocks that are the Hex, which should be followed by the eldritch spam blast. Also, keep in mind that having the Hex around provides bonus actions. Moreover, with the help of proper invocations, one can really amp up the one thing known as “Eldritch Blast.” With the Eldritch Blast, it isn’t always necessary to have the spell slots to be present in reserve. While you might not be leading any ambush, you might actually want to lead combat with a spell that produces casualty.

According to the warlock DND, the warlocks do not have access to a lot of the AOE options. However, spells such as Hunger of Hadar and Create Bonfire, when combined together with the repelling blasts, can actually make your foes fail to drive away from the terrain. Remember, you might only hold the action up until the foe leaves your spell affected area. Also, you might call the allies and shove your opponents back into the AOE.

Apart from the combat, you might ask, how well will being a warlock fare? Well, this depends on the character as well as the stats. With a particularly high Charisma, it is sure that the character you have might become the party’s face. Alos, if you go ahead and plan to get this done via the correct background, you can also serve an additional utility right outside of the combat. Do not shy away from stepping forward and talking sweet to the people and stealth around to simply eavesdrop.

When starting as a D&D warlock, make sure you aren’t afraid to select a spell that is of the non-combat type. As your spellbook is low in terms of space, you mustn’t actually feel obliged that you need to stuff the same with offensive spells. For instance, the potential to scare, charm people, or even turn invisible tends to be something darn hardy. When combined with the “Mask of Many Faces,” one can help you avoid several combats via clever usage.

Your warlock character’s patron tends to play a critical part in the features, spells, & invocations they might have. So, keep in mind that you need to select your options wisely.

However, when at the 3rd level, your warlock invocations will come across another crossroad that can help shape the warlock archetypes as warriors. So, there are a total of three different pact types & how they could affect the character.

As the warlocks level up, the character tends to gain invocations, grows mystic Arcanum, or patron features. Make sure you keep a close eye on the growth of skills and characters.

What are the Eldritch Invocations?

If you are wondering what the eldritch invocations 5E are, it can be unearthed while you are completing your occult lore study. With these invocations, you get access to forbidden knowledge and spells that can imbue you the ability to know more about magic. But if your invocations come with prerequisites, you need to meet your patron to learn about the same.

If you are wondering what the best warlock spells are according to the levels, here is a complete list for you: