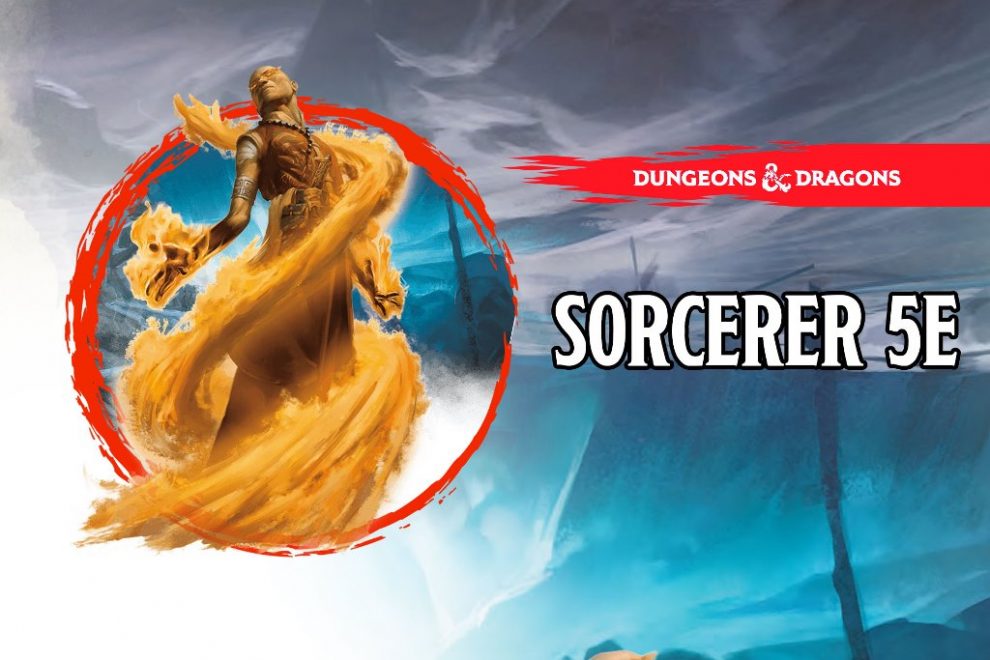 In Dungeons and Dragons, the only class which can make a good Face other than Paladins and Bards are the Sorcerer 5E. They depend on their Charisma to make it through any fix. Moreover, these characters can serve as Controllers, Utility Casters, Blasters, Strikers_ you name it.

Otherworldly influences or exotic bloodlines confer on them a magical birthright. Furthermore, since their mind, spirit, and body is imbued with magic, they find no use for patrons or spellbooks. Therefore, this leads to their being categorized into a variety of Sorcerous origins 5e.

Though Sorcerers know fewer spells than Wizards do, they gain more spell slots than those of Warlocks. As a result, they use higher-level spell slots to cast plenty of low-level spells. All in all, the powers of sorcerers shouldn’t be compared with wizard guide 5e as they are two distinct classes.

But what spells can Sorcerers cast, and how many? What are the different Sorcerer origins 5e? Which races would make the best Sorcerer characters for your party?

However, instead of being overwhelmed with all these questions, take a look at our 5e Sorcerer guide. You won’t feel like tearing your hair out anymore!

Finally, at the 4th level, your sorcerer achieves an option of adding 2 to any 1 ability score or add 1 to any 2 ability scores. Furthermore, this option resurfaces itself again at the 8th, 12th, 16th, and 19th levels. However, it has a limitation, and this feature cannot increase this score above 20.

From this Sorcerer handbook 5e, you’ll learn how many cantrips, spells, and sorcery points you can gain at each level in this class.

There are a total of five official Sorcerer archetypes 5e in the game. Furthermore, each of these Sorcerer archetypes is the source from where your innate magical powers originate. You need to choose any of the 5e Sorcerer bloodlines at the 1st level. Also, your choice will grant you the features associated with the selected archetype at Levels 6, 14, and 18. All the Sorcerer 5e subclasses are described below, with the Draconic Bloodline Sorcerers being set out in detail.

Within you lies a pool of magic, which you can tap into at the 2nd level. Your sorcery points represent this deep pool, allowing you to create different magical effects in each of the Sorcerer subclasses 5e.

You can start twisting your spells as and when necessary, starting from the 3rd level. So, choose any two out of the following Sorcerer metamagic 5e options after reaching Level 3. At the 10th and 17th levels, you gain more of these options. But while casting a spell, you can use only one metamagic 5e option on that spell.

You can even create havoc with these spells if you wish to, much like the barbarian guide 5e. Since they are known for causing chaos on the battlefield, you can do the same with your magical spells.

You achieve more spells, as shown in the given table.

This feature allows you to either replace one cantrip or a Metamagic choice. However, you can only use this whenever you achieve an ability score improvement.

Finally, at the 5th level, you achieve the power to reroll a failed ability check.

No matter which of the Sorcerer bloodlines 5e you choose, the skills, feats, and abilities remain the same.

The Best Feats for Sorcerer 5E

Learn how you can go about your 5e Sorcerer optimization by selecting the best feats for them.

Which is the best race for Sorcerer 5e? This is a question most players can’t find answers to, but you’ll be able to decide for yourself from the following race list:-

The Best Backgrounds for Sorcerer 5E

Since Sorcerers are there to showcase their excellent Faces, the best background will be the one that helps them in achieving it. This can be done by choosing a background of multiple languages, and so on. Here are our rankings for the best backgrounds for Sorcerer 5e.

It doesn’t matter which of the Sorcerer archetypes 5e you’ve decided to go with. Although they all have the same primary weapons, you can add to their spells and weapons, depending on their archetype.

For people who just want to know the fundamental attributes of this class, we have created the below-given table.