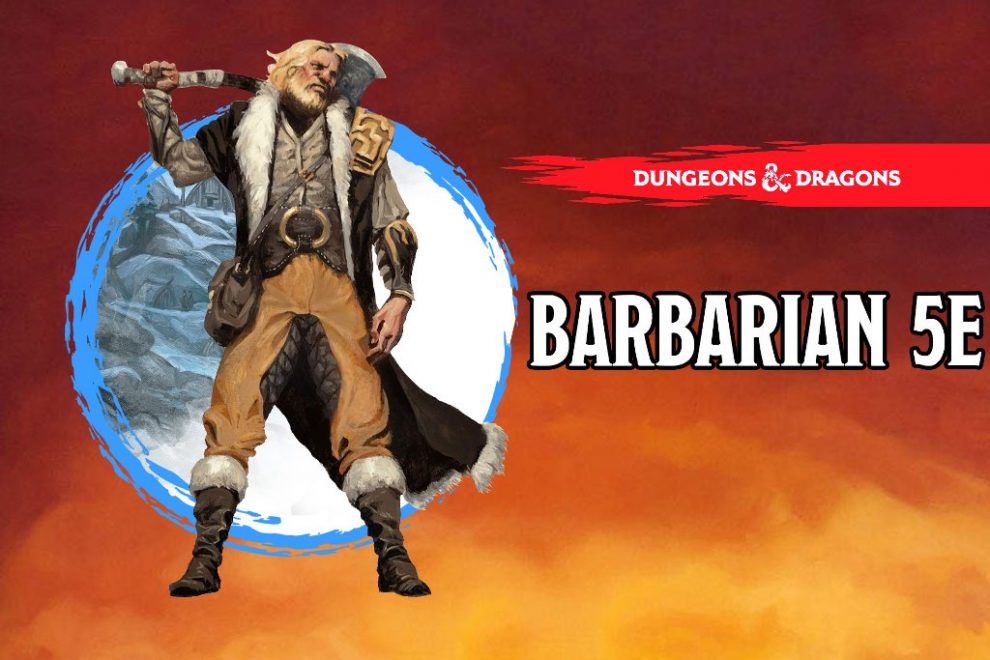 Also, the chaos of combat gives these characters the essence of life. Their vast numbers of Hit Points make them resistant to damage, while their Rage gives them bonus damage.

Barbarians aren’t high on Skills, but they make good Strikers and Defenders when need be. However, to create one such character, you have to take into account their class features, skills, feats, weapons, proficiencies, and a horde of other things.

As a result, we’ve made this easier for you by compiling all you need to know in this 5e Barbarian guide. Check it out!

When you’re a Barbarian, the following class characteristics are at your service:-

The primary feature that defines the class of Barbarians is their Rage, which lasts for a minute. You get consistent and reliable bonus damage, though it isn’t much.

They get increased durability, since they become damage-resistant. If you’re a spell caster, though, you can’t focus on casting spells while you’re in a frenzied rage 5e.

Thus, your skills of a DnD sorcerer fifth edition would take a backseat as spell casting needs concentration, but your fit of rage wouldn’t allow you to do so.

Likewise, you can Rage several times during the same combat, if it’s necessary. But keep in mind that you have access to only a limited number of rages per day.

When you’re not wearing heavy armor while raging, you can get the following benefits:-

By becoming such a daredevil at the 2nd level, you’re all set to start a reckless attack 5e on your foes, without thinking about defense first.

Furthermore, on your turn, when you attack your enemies first, you can go all-in for a 5e reckless attack.

You can use Strength on this turn to gain an advantage on melee weapon attack rolls. However, until it’s time for your next turn, the enemies’ attack rolls against you will have an advantage.

Different Barbarians have different sources of rage. Some see it as a totem animal’s gift, while some think of it as a spiritual blessing.

Similarly, others find their rage coming from years of pain and grief that they’d concealed inside themselves.

So, take a look at all the nine Barbarian archetypes 5e available in the game:-

Druid guide 5e can shapeshift, and they are a closely connected part of nature, providing you with an edge over others. Therefore, this path could be a double bonus for you.

Find out which races would make the best Barbarian builds in Dungeons and Dragons:-

Your character is blessed with the following weapons:-