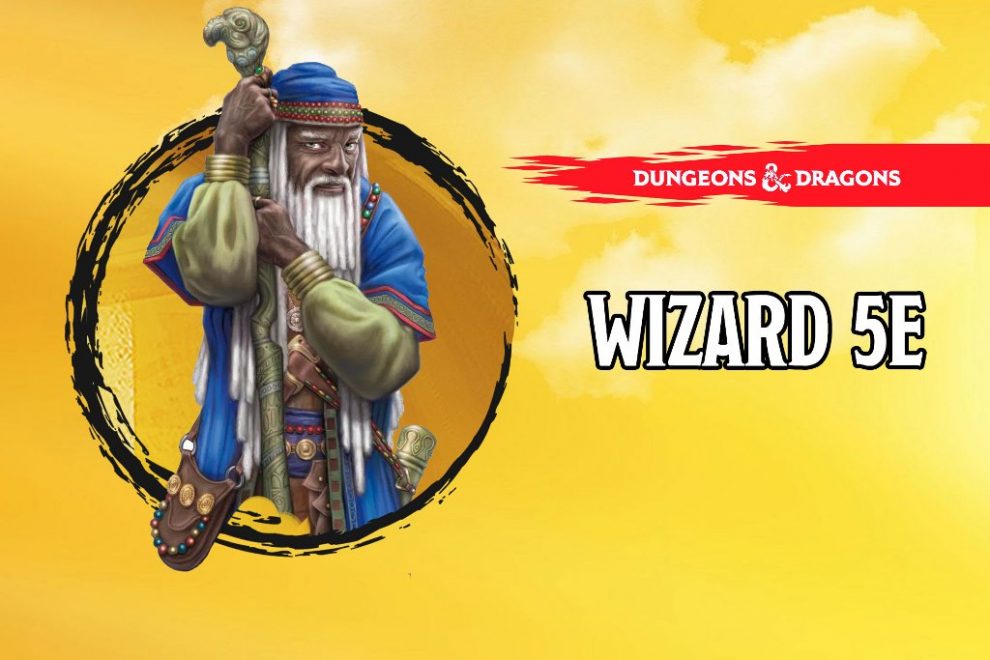 “Do not meddle in the affairs of Wizards, for they are subtle and quick to anger.”

Being an expert in tricking people, the Wizard 5e is a gem of a spellcaster. Nothing but a Spellbook limits their capabilities, and they’re pretty versatile characters. They can function as a Utility Caster, Blaster, or a Striker is as easy as ABC for them.

For instance, give a Wizard the power of invisibility, and they’ll replace your Rogue. Cleverly healing allies would make them as good as a Cleric, any day. Offer them a summoned pet, and they’ll temporarily take the place of a Fighter.

This is the reason why Wizards can play multiple roles in a party.

But what are the core features of a Wizard? How many spells can a Wizard prepare? Which feats and abilities do they possess? What are the best Wizard spells 5e?

Although you must be feeling overwhelmed with all these questions, but don’t worry! Our dnd 5e Wizard guide will help provide answers to all your questions. Let’s jump in!

“How did your character first come in contact with magic?”

The most important question one should be asking while creating a Wizard. This question will provide you with the base upon which a Wizard has to be created. Once answered, you can use this base to guide other framework questions: Did you have a master? Were you naturally gifted? And so on…

Using this framework, you can then choose the appropriate race, subclass, and other characteristics for your character.

However, if you are short on time and just want to make a wizard quickly, the following steps can help you with it:

And lo behold, you got yourself a wizard.

Your characters study magic at one of the Wizard Schools 5e, learning to master the various techniques of casting spells. Hence, there are a total of a whopping twelve types of Wizards 5e, which we have outlined below:-

Our 5e Wizard guide will help you know all about the skills, abilities, and feats of Wizards.

How to Build a Wizard 5E: The Best Races

Many players don’t know how to build a Wizard 5e. Pick any one of the following races to create the best Wizard build 5e for your party:-

For more significant Wizard 5e optimization, you need to choose the best background for Wizard 5e from the following list:-

While you’re at it, many more games await you at Gameizmo.com

From this Wizard table 5e, you can check the cantrips, features, and spell slots assigned to each Wizard level.