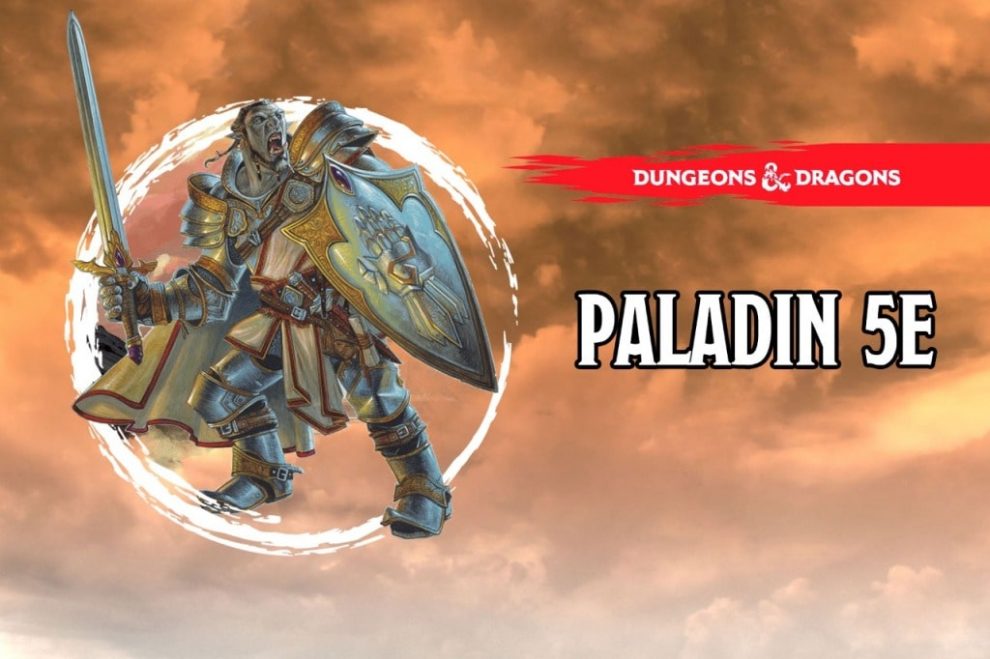 The most self-sufficient and durable class in all of D&D fifth edition classes, is the Paladin 5E. Furthermore, they can efficiently serve as a Face, Striker, or a Defender, whether in a party or while going solo.

But there’s a catch_ you can’t recharge any ability with a short rest. You need to finish a long rest for all of them, except for Channel Divinity.

United by the dnd 5e Paladin Oaths, these blessed champions aren’t afraid to stand against evil forces. However, what weapons do they wield? What are their proficiencies, skills, and abilities? Are they categorized into different Paladin subclasses?

To find out all these and more, keep reading!

Fighting Style: You have to pick one out of twelve Paladin fighting styles and make that your specialty. But remember, you can choose an option only once, even if you get to choose again. Also, these fighting styles could be in accordance with DnD fighter fifth edition because no one can match their combat skills paired with their armour and durability.

Hitting your opponent with a melee weapon strike will let you deal not only weapon damage to the target, but also radiant damage. Therefore, its no wonder the Paladins depend on Divine Smite as their most significant source of damage!

For Divine Smite 5e to get enabled at the 2nd level, you need to spend a spell slot. But don’t do so unless it’s necessary, or you might find that you’re out of your spell options at the end of the day.

If the target is a fiend or an undead, there’s a 1d8 increase in damage, until it reaches 6d8.

Divine power will be flowing through each of your melee weapon attacks, by the time you reach the 11th level.

As a result, every time you make a melee weapon strike against an enemy, it’ll be hit with bonus 1d8 radiant damage.

You can sense the presence of evil, right from the 1st level itself. So, by using this class feature, you’ll be able to determine the location of any creature that’s not entirely hidden and is within 60 feet of you. But this can only happen until your next turn ends.

Plus, you’d have the idea of whether the creature is a fiend, undead, or celestial, but its identity would remain unknown.

Also, the number of times you’ll be able to use Divine Sense 5e equals your Constitution modifier added to 1. Take a long rest to regain all spent uses.

Replenish your healing abilities, allowing you to heal wounds or cure a disease by spending 5 Hit Points from your healing pool. You can even neutralize the effects of several poisons using this feature.

Alternatively, as soon as you touch a creature, you can restore a certain number of Hit Points to that being. However, you can’t use the Lay on Hands 5e feature on constructs or the undead.

Make a saving throw to gain a bonus save that equals your Constitution modifier, though you can get a minimum bonus of +1.

This class feature is enabled from the 6th level when you or your ally makes a saving throw. Your ally must be within 10 feet of you to avail of Aura of Protection 5e.

If you want to become a Paladin, you have to take and abide by some vows all your life. Therefore, you’ll have to commit to the path of righteousness after taking one such vow. Warlock guide 5e is also bound by oaths to their patron. Here’s a list of all the nine Paladin Oaths 5e:-

Bound by a particular Oath, you can harness divine power for bringing about magical effects. Thus, by using the Channel Divinity 5e Paladin will let you choose an option.

You have to finish a long or short rest if you want to use this class feature again.

Your Paladins also need to make saving throws for some Channel Divinity effects. At that time, the spell save DC is equal to the DC.

The Oath of Devotion is the commonest of all the Paladin 5e Oaths. So, take a look at its features that get enabled at their corresponding levels:-

Check out this 5e Paladin guide to know which races would make the best Paladins for your party:-