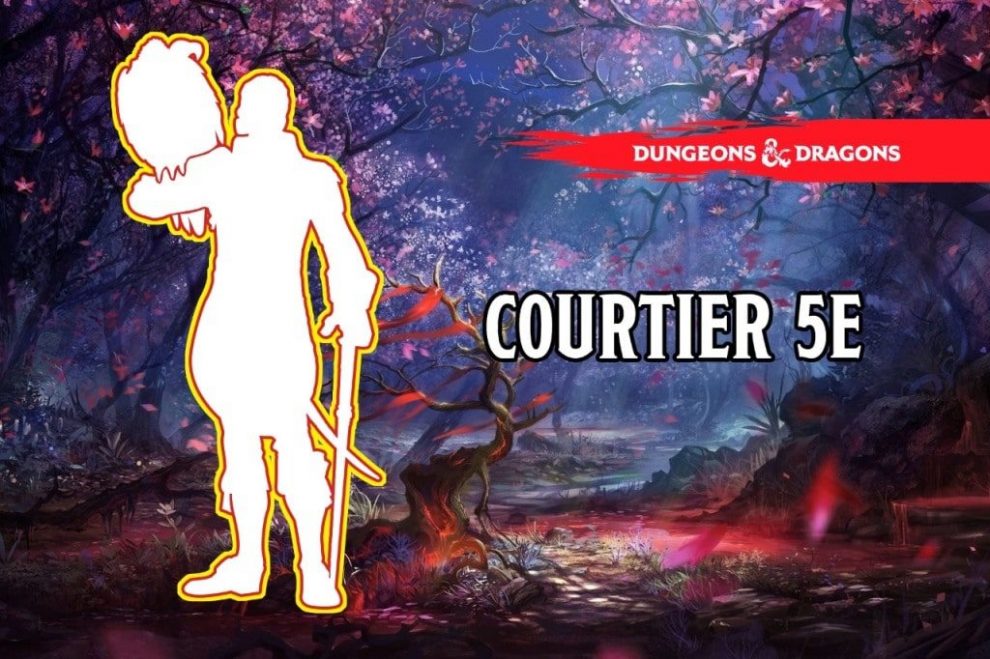 Enter into a fantasy-driven world by exploring it through your cunning sense of wit and influence. Similarly, delve into the lives of thousands by becoming Courtier 5e and unravel the empire’s deep secrets. Still, first, you have to understand the Courtier background 5e to get into the character and use it to your full advantage.

In your earlier days, you held a lot of the royal court’s power and the bureaucratic organization as a Courtier 5e. You have been brought up around Regalport; many people have speculated that you are not from a wealthy background. This exalted position of yours is all due to your raving talent of persuasion and wit.

You could have been any one of the many functionaries, assistants, or the hangers-on in the Fairhaven court, or you have might have travelled in the Sharn’s baroque or cutthroat the assortment of guilds, aristocrats, explorers and also classified societies.

Suppose your earlier acquaintances continue to be in a relationship with you despite knowing that you are a full-fledged group member who no longer would give you your start in your life. In that case, those people are favourable for you; this also applies to your adventurous friends who never left your side.

With these new companions, you might undertake missions that are in the organization’s interest so that they can give you your start in your life.

Requirements of a Courtier 5e

The royal court or the bureaucratic organization is where you will supposedly get started (which could pertain to specific individuals in the group, like your sponsor or the mentor), so your idea could be related to your court or organization’s philosophy. However, you won’t enjoy the luxuries of Noble background.

Courtier’s ambitiousness and their rise and fall can be spotted in popular culture as well, like Sabe in Stars Wars: Phantom Menace, Littlefinger in Game of Thrones and Merlin during the late middle ages. They set out as great literary examples of the role of courtiers.

The function of the dnd courtier

Courtiers can become a King’s shadow and can access all the power to the kingdom by working behind the scenes. Moreover, they can become invincible if they win the King’s favour and can indirectly rule the land. These talents allow them to change the whole cosmic structure of the land by indirectly residing all the power.

The Folk Hero feature isn’t any different from this, since they also rose to fame like a black sheep.

D&D’s 5e Courtier demands a minimum of at least six skill ranks to use their ‘Bonus Skill’ for this role. Furthermore, they should have powerful persuading skills to get their point across and a fixed state of mind. However, expertise in weapons is unnecessary as their war is with wits, and their charismatic attitude is their armour.

D&D courtiers have the freedom to choose their favourable area of expertise upon taking the courtier prestige class as seen in courtier 5e background. With every next level, the courtier unlocks a new skill. Their level of skills rises too with these points. Each Courtier gets one free skill point per Courtier level in that skill, and that skill is always, therefore, a class skill in both the Courtier class and the character’s favoured class.

Courtiers act as an advisory unit to the patron by engaging with them to fulfil various tasks. They also have the autonomy to play the patron’s part if they are unwilling to do so.

The Courtier is a prostitute of rich status who works for the gratification of her patron’s court members. The Courtesan is well-read with a knack for more skills than the obvious. In addition, she should be a charming and refreshing companion for the loners who are caught within the maze of marriage. They are mostly seen as a homewrecker with a parasitic side.

A Courtier extends his skills even in the realm of entertainment, too, by offering light-hearted performances in favour of their patron.

Entertainment Courtiers are the centre of power due to their frequent travels to the court for their patron’s interest.

The Envoy does not enjoy security the way a diplomat does, but any crime committed to the Envoy while he is on his way to fulfil official duties become an offence to the patron. This way, an Envoy enjoys the protection of his patron against the evil forces roaming the world.

Even the Courtier can share an intimate relationship with their patron. The Courtier can be the patron’s love interest, a mistress, a concubine, or a close comrade.

The Courtier is also given the responsibility to be in charge of various potent operations by the patron according to their abilities.

The Courtier fulfils his duty on their patron’s part by delivering messages across the globe to envoys and servants.

As a Courtier 5e, you gain powerful access to every piece of information regarding the empire and its nobles. Everything lies at the tip of your fingernails. Besides, you know who the movers and the shakers are, who to visit for the favours you seek, and what piques their interest. So this was the Courtier background 5e, and now the time has come to put your seatbelts on and become a part of this exciting journey.

Don’t forget to stay updated on Gameizmo.com for information regarding other games as well.