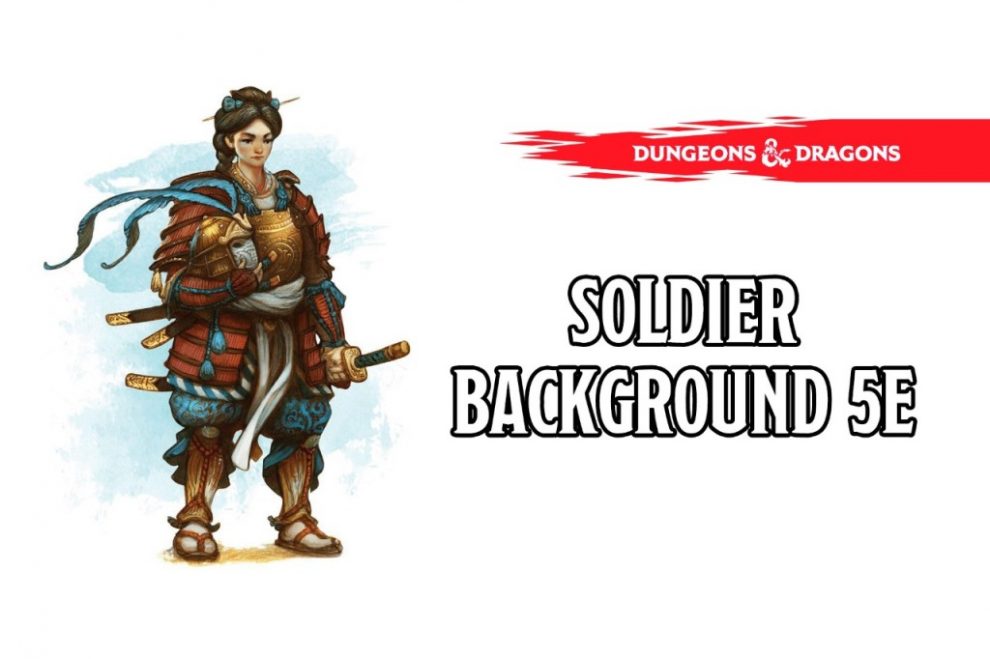 Since you are a soldier, the only thing you know and understand is the use of weapons. In soldier 5e, you had been taught early in life how to use arms and basic survival skills; and the Knight feature follows the same learning.  You were either a part of the mercenary or a local militia member who rose to fame during a recent battle. Whatever it is, work with your DM in the soldier background 5e to figure out the answers to questions that make your story more authentic.

There’s a reason why the soldier background 5e story suits your character well, and it’s because of the abundance of options to choose from.

Unlike the popular belief about barbarians, they show a unified front while conducting raids and vanish into the wild after it. They are disciplined and work well as a team. However, it depends entirely on your tribe, whether they want to be dependent on civilization or not. Keep some answers at hands to questions like why you become a soldier or the wars you were a part of and why you left it.

A bard’s way with words and their flair for magic, influences people making them excellent officers. They might have joined this profession because of patriotism or due to the interesting stories about the battles. You could come up with other reasons as well. But try to create defining memories to shape your character.

Soldiers need spiritual guidance to deal with the horrors of the war, and here is where the clerics come in to play. He could also be a medic who could heal your wounds and fight off the enemy’s magic, their aim to save lives instead of taking them.Your work is to motivate the soldiers, inspire them, and perform their last rites. Those associated with the god of death would be responsible for disposing of the dead or some other such task.

Druids with their spells and wild shape turn out to be exceptional spies like criminal background 5e, artillery, and shock troopers. According to them, war is the consequence of the rise in population beyond its means. Their rationale behind joining the army could be the love for the nation and its people or some other reason.

A fighter and a soldier back story fit like a glove. He might have learned his skills, expertise in weaponry, or their purpose while in the army. They aren’t familiar with the average life as all the necessities are handed to them. Your reason for entering this profession could be anything you wish. So think about it long and hard.

If a monk was raised in a militant monastic order, they make excellent soldiers, surprisingly. Their training and studies revolve around the mastery of such things. They have lived away from civilization most of their lives, so they are well adjusted to the army lifestyle. Their logic for joining this could also be to promote peace and end wars in the early stages as they are great philosophers as well.

Paladins are soldiers in their own as they fight against evil, but many start their journey by enrolling in the military. Their journey hasn’t been easy as they are taught the skills of being a paladin as they progress through the ranks. It’s essential to provide a passionate reason behind their backdrop, so choose wisely.

A ranger knows his way around the wild and has been learning the survival instinct since forever. This gives them an edge over others, and this might be one of the reasons why they chose this path. Their love for wandering and inquisitiveness unites them. They might also use their expertise as mercenaries and bounty hunters. All these decisions need to be taken into consideration during cc.

Rogues are skillful and can adjust to any profession due to this. They might have been working as a scout or a spy, or more into guerilla warfare. Their role isn’t as fighting with swords and armor but more as the one who can sneak past the enemy or disable a trap. It’s up to you as to what task you assign them in the military. You can work with your DM to do so.

A sorcerer’s bloodline might be revealed after joining the military or taking this decision because of their powers. It could have been imposed on them, as well. You need to focus on their bloodline and what they think about it, their magic’s impact on them and their thinking about people who aren’t powerful. If they are recruited early in life, their learning might be limited to weapons rather than an overall development.

Their pact to advance through the ranks or the misconception that the warlock is a sorcerer or a wizard might be why they were recruited. Their abilities are much needed in the magical world and whether you want to be open about your pact depends on your culture.

Their chosen school decides their role in the military. Illusionists turn spies, evoker as artillery, abjurers protect the camp, and so on. You either joined the same because it was necessary for your studies or because of danger.

Here is everything you need to know about the soldier background 5e. It’s one of the most exciting backstories you’ll find out there. Soldier 5e brings about various aspects, which makes it desirable for gamers.

However, choosing this backdrop wouldn’t be easy because it haunts your character, and parallels the gothic element in DnD Haunted. 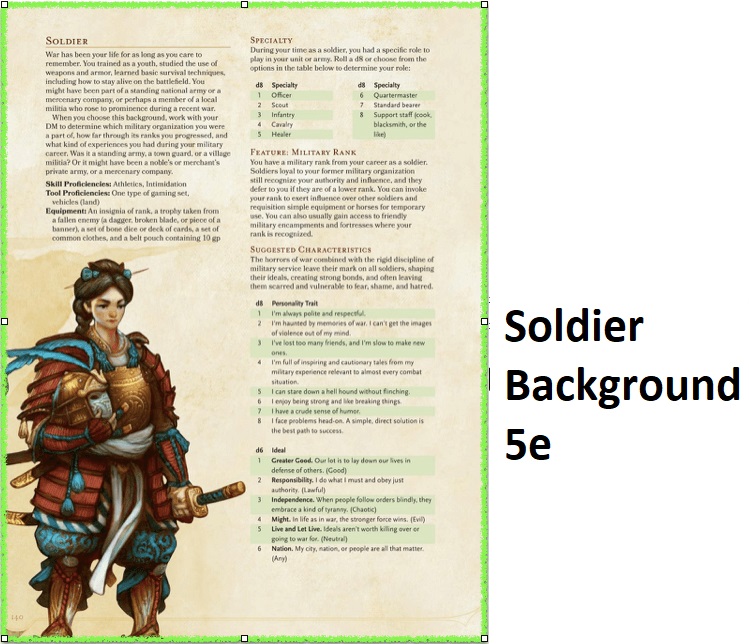