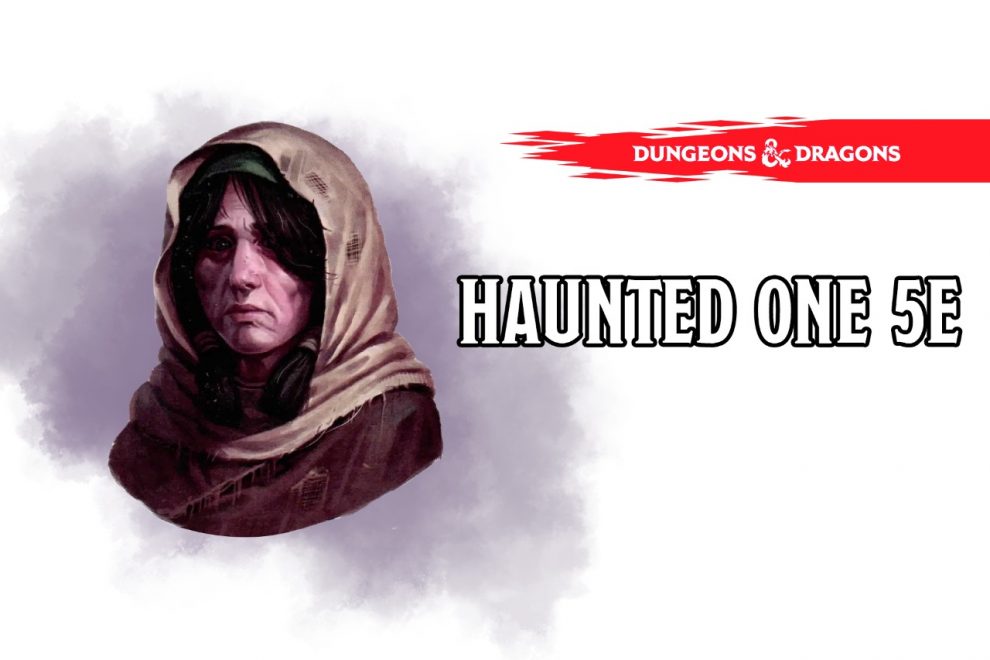 Today’s discussion is about the Haunted One 5E where you can select the characteristics oriented to this background. Moreover, this background must have eeriness or horror as its primary attribute. The Haunted One is described as a character who’s terrified of something which they might not dare to speak openly about it. They also have tried not to run away from it but failed as it could most probably be a disaster or an incident they cannot forget.

Slaying them by a sword or eliminating them by a spell is a scary thought for them. therefore, it might be a shadow on the wall, a spine-chilling nightmare, a memory that refuses to leave their mind or a satanic whisper in the dark that scares them physically and mentally. It is the reason behind the isolation of your character from their friends and family, and making them asks questions about their sanity also. Your character must find ways to overcome this fear of horror before it destroys them. This background is curated for massive role-play campaigns and also demands special attention from their DMs.

Languages for Haunted One background

The language proficiencies of The Haunted one background should be related to the reason they are terrified. That means your characters have learnt the language as an integral part of the ritual or have acquired knowledge that is forced upon them. The languages below are:

The dnd Haunted One suggested Back-story

Furthermore, you need a back story for your dnd haunted one character, and they are lying in the pointers below.

Who haunts the haunted one?

The following pointers will let you know that what might trouble your characters and they are:

Things to remember while incorporating 5E Haunted One in your campaign:

The 5E Haunted One requires the points below while incorporating this background to your campaign, and they are:

The Haunted One Dnd Monster’s Hunter Pack includes various types of equipment such as a tinderbox, a flask of oil, three torches, a silver mirror, a set of manacles, a holy symbol, three wooden stakes, a hammer, a crowbar, a chest, and a flask of holy water that is essential for this background. It’s better if you buy the whole pack that costs 33 GP as it is much cheaper than buying the contents individually.

The Haunted one background 5E gives you a feature called a harrowing event. Before your character became an adventurer, their life had a dark moment, a deadly fateful decision, or a tragedy that makes them feel that they can never escape it. This darkness will consume your character with fear like the Outlander background’s Paladin. Now you have to choose a harrowing event from the options given or roll one on the table.

Feature: Heart of the Darkness

Your character seems to have faced unbelievable pain and horror, which is visible through their eyes as your character is not a stranger anymore to that feeling. They might also fear from the commoners, but they will show their utmost courtesy and do every bit to help your characters. Also, these commoners would join hands with you to fight your enemies unless your characters don’t appear dangerous to them.

Your character is a survivor who has learnt to live with horror and terror by now. They protect those people who have made their life brightened and pulled them out of the darkness. The Haunted One d&d discusses some characteristics below: