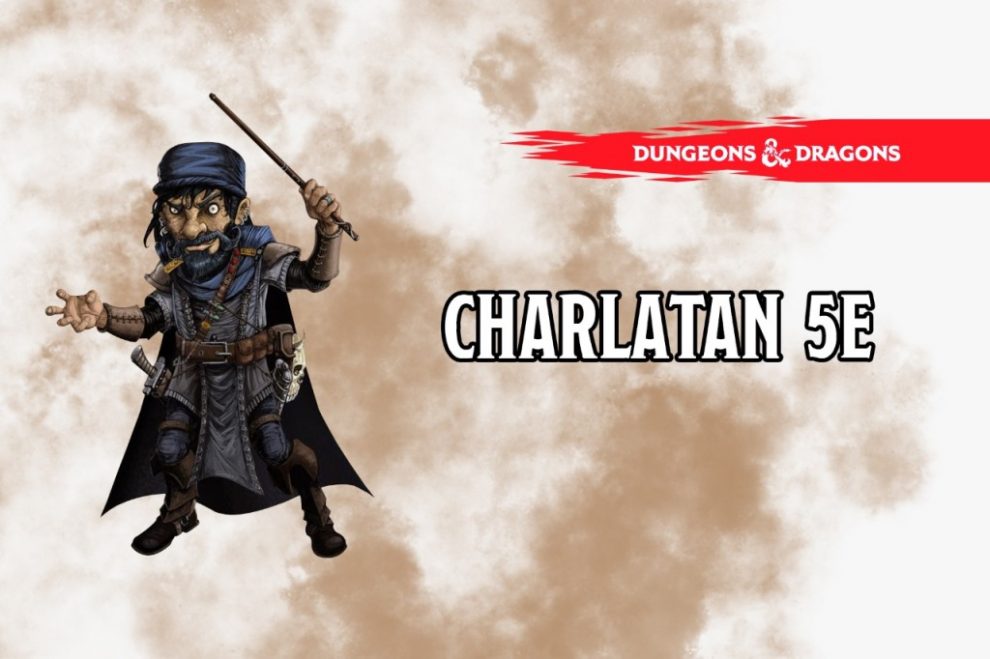 Charlatan background 5e is the spice that was lacking from your gaming experience. If you wish to play a slightly shady character instead of a righteous one, charlatan 5e is all you’re looking for and more. The schemes and trickery would keep you on your toes and take you on an incredible rollercoaster ride.

What is charlatan background 5e?

You are an expert in people, and that is what gets you ahead in the game. You can read them like an open book just after asking a few questions, which is your forte. A small conversation with you can lead to them revealing intimate details to you, the same thing that the DM does for the Inheritor background. Moreover, you aren’t hesitant in using it to your advantage. You have mastery in making people believe your words, even if they aren’t real because you say them with such certainty.

Using deception for your benefit doesn’t make you squirm, and it gets you out of bad situations. These tricks are a work of art according to you, but not everyone views it the same way.

You’re so skilled at disguise that not even a City Watch characteristic can be of any help in catching you.

Here are all the DnD 5e charlatan features that would tempt you into saying “this is the one.”

D&D charlatan doesn’t back down from a challenge, and therefore, it offers you multiple classes under one backstory so that you can’t resist opting for this choice.

A barbarian wants nothing more than a fine set of clothes, which is what this class extends. The world is your oyster; you can be a Duke of a made-up place or anyone you want. Your words are your most potent weapon, and you must always shield it.

Your second identity should be linked to the backdrop, for instance, it could be a con you started, but it got out of control, or it might be that fraudulent work is all you’re good at.

Bards are meant to be excellent charlatans as it’s all about the performance and deceptive aspects of it. The liberty to choose your preferred scheme here is more than other classes. You’d be a natural at whatever you choose, but put thought into it.

Cleric charlatans are those fraud holy men who create believable illusions for the audience. You might be wearing sacred symbols of different Gods in an attempt to please one of them. You can choose any persona, from a wealthy merchant to an essential paladin. A significant dilemma in your case could be your faith or lack of it, but why do the Gods still favour you despite your blasphemy?

A druid’s love for nature might have been discovered during their childhood, but they would have soon learned that swindling people is more profitable than connecting with nature. Their shapeshifting abilities could come in handy while forging a false identity as well.

Or it could also be that they have spent the majority of their time in civilization, which forced them to turn to such schemes and tactics. Their persona could also be a way to take revenge from people for destroying nature.

As a fighter, you could pose as someone from a noble backdrop and impress the ladies of the elite class or even fight duels. You could even choose to be a glamour boy by day and a fighter by night. All in all, your second identity would be different from a martial artist. You can keep up the ruse for as long as you want because maybe you are escaping your past as a coward.

A monk’s story is distinct from the rest of them as they didn’t learn the art of fighting from their monastery; instead, they inculcated the skills from street brawls. Your persona could take the shape of anyone, either an exotic lord or a wise man. Conning people as religious preachers has been an age-old trick.

You could also fool people by fighting a rigged duel wherein you are the winner every time. Use your strength of looking trustworthy to gain benefits.

The inherent charisma of Paladins is an added advantage for you as you can succeed in being anyone you want to be, even if it’s a superhero. You could be a righteous man, a noble playboy or a bringer of justice. For you, the sky is the limit.

There isn’t much in this class, but you can add more elements to this character instead of limiting it to combat and exploration. You can either be a bounty hunter or a con artist who uses their beast companion to help out. Focus on why and how you took this road less travelled.

The skills of a rogue and a charlatan aren’t much different; therefore, you can choose this option only for the false identity feature it offers. Your persona should be dependent on your campaign solely. Being a maid can also be useful. You can even mould the story in a way that you are skilful because of being a charlatan. What if your identity as a charlatan is a ruse?

A sorcerer and a charlatan are like two sides of the same coin. You can use your prowess as a sorcerer to advance your schemes as a charlatan. Your charm and magic would leave people swooning without realizing their missing coins. Your false identity could also keep your powers a secret to escape the eyes of witch hunters.

Your ambition to enrol in a prestigious mage college could also be fulfilled by posing as a powerful wizard. Numerous options are open for you to choose from. Take a pick.

Your patron’s agenda can be the key element in this class as he might have proposed a pact to you while you were in prison for conning people. A fresh start is in your cards with this backstory. Your second persona could be to lead an everyday life while secretly pursuing your patron’s motives. A sage 5e or a cult leader are good ideas for your character.

Wizards might not be alluring or excellent with words, but the DnD charlatan backdrop can change the archetype they are pushed into. Their intellect is their primary weapon, and their skills to lie, make an excellent pair. Acquiring gold wouldn’t be a task for you as your magical powers can get you anywhere, anytime.

Didn’t the charlatan background 5e, tingle your urge to venture on an exciting virtual journey? You can be whoever you want to be, no restrictions and that is the charm of charlatan 5e. It goes beyond your expectations and provides an out of the world experience.